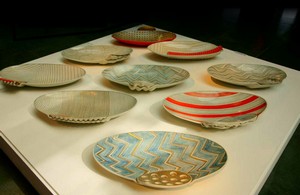 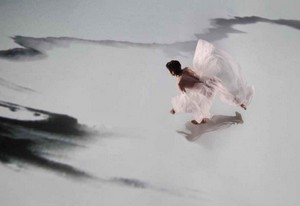 The New Taipei City government supports local picture drawn by local artistic groups performing arts groups, funds creative activities and exhibitions, promotes community development of the humanities, and organizes international exhibitions, performances and art festivals. All of these efforts serve to enrich and increase the visibility of local creative and cultural industries. Renowned cultural and artistic groups, such as the Cloud Gate Dance Theatre, Liuligongfang, Ju Percussion Group and Performance Workshop Theatre have all made their home bases in New Taipei City.

Establish Centers for the Creative and Cultural Industries

The merging of culture and creativity with digital technology has led to a renaissance in the animation, comic, game, and film industries. The Taiwan Film Culture Center planned for the Xinzhuang New City Center will become a key resource for the development of the lm industry. In addition, construction of the Knowledge Industry Park on the north side of the Xinzhuang New City Center will encourage the clustering and expansion of digital content companies. It will, at the same time, help turn New Taipei City into a virtual digital entertainment park. The Far Eastern Communications Park in Banqiao is also attracting the animation, comic, and game industries, thereby injecting new energy into the dynamic and innovative culture of New Taipei City.

The movie "seediq Bale" with a budget of NT$600,000,000 was filmed in the Linkou District in New Taipei City