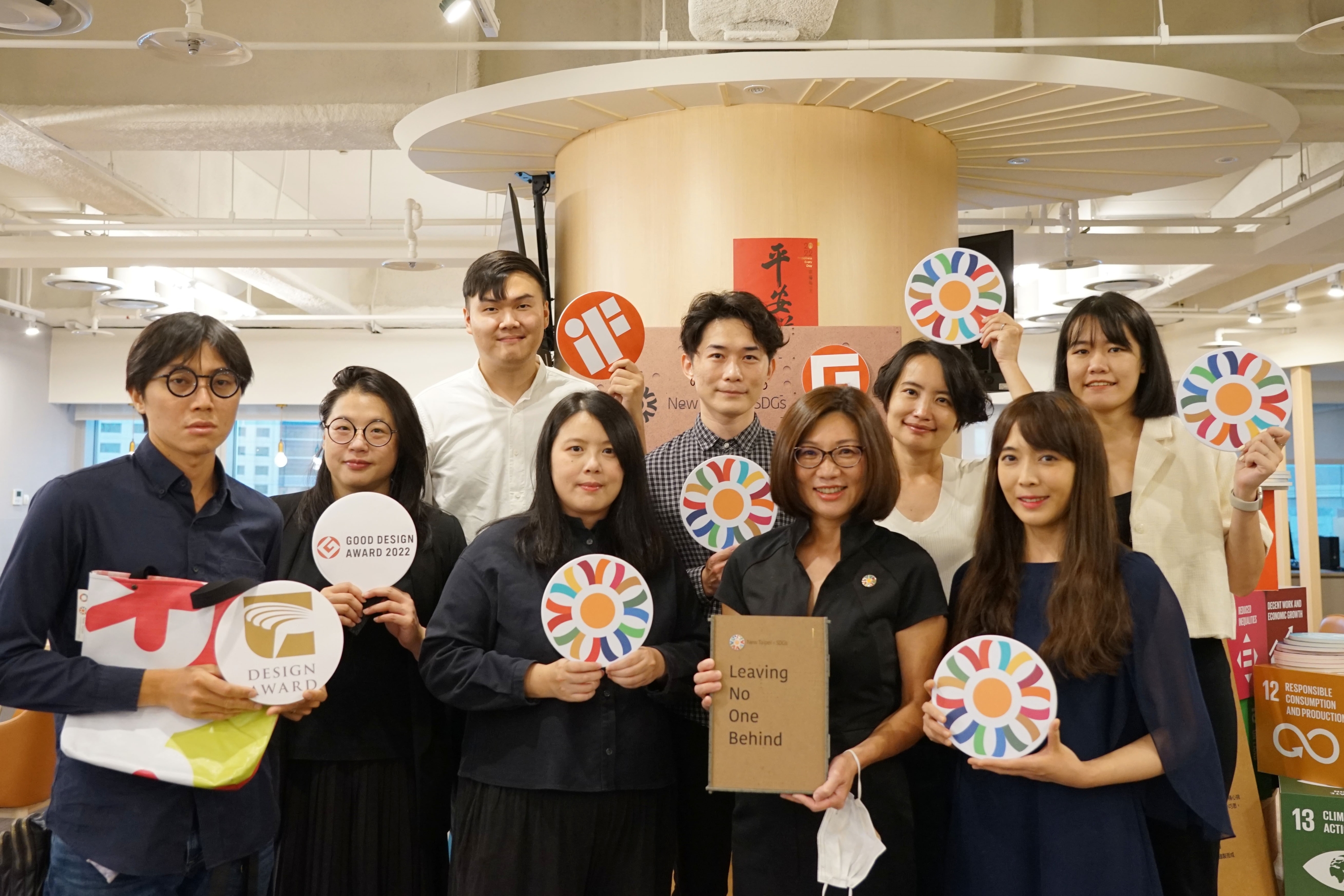 New Taipei City has received numerous awards for its efforts in sustainability. The 2021 Voluntary Local Review (VLR) published by the city government has received several domestic and foreign awards. On October 6, 2022, the city won the 2022 Golden Pin Design Award and was nominated for the Best of Golden Pin Design Award. On October 7, the Good Design Award from Japan, which is one of the four major design awards worldwide, announced its latest winners for 2022. New Taipei City's VLR, which contains 60 sustainable policies of various departments of New Taipei City and is packaged using renewable materials, gave the city its first G Mark and shone on the international stage.

The jury of the Good Design Awards stated that a government can promote sustainability in several ways. However, witnessing Sustainable Development Goals (SDGs) being realized in a report is rare. The New Taipei City Government collaborated with local enterprises and reused waste materials to present a clear and approachable design. The city delivered sustainable policies and emphasized that sustainability is a part of everyday life.

The four major international design awards are the iF Product Design Award and the Red Dot Design Award, both from Germany; the International Design Excellence Awards from the United States; and the Good Design Award from Japan. Among them, the New Taipei City Government has received three.

Additionally, the VLR entered the next round and was qualified to compete for the highest honor—the Best of Golden Pin Design Award. The New Taipei City 2021 VLR was selected from 5,715 submissions from around the world and was granted the G Mark in the Media and Contents category.

Yao Ching-yu, Director General of the Secretariat, stated that New Taipei City has been using SDGs to connect with the world. In 2019, Mayor Hou Yu-ih published the first VLR in Taiwan. In 2021, on the day that the second VLR was released, it was recognized by the United Nations Climate Change Conference, which attracted international attention. Internally, the VLR is a playbook that pushes the government forward.

Externally, the VLR is a tool used to communicate with cities worldwide. The VLR implements sustainability measures and informs citizens about sustainability through the 60 SDG cases and through the five sustainable materials it uses in its packaging. Yao was grateful for the affirmation from the international design awards and was happy that she could collaborate with a group of young people on sustainability and make the VLR more than a book; the production of the VLR is the implementation of the SDGs.

The VLR was written by Plan b Inc. and presents sustainability policies from 29 departments of New Taipei City, the city's history of fighting COVID-19, and the results of the public–private partnership to promote sustainable development. Specifically, Plan b Inc. was authorized by the Stockholm Environment Institute and used the SDG Synergies tools that they developed. Plan b also used visual markers to label the implementation results of the 81 New Taipei City Sustainability Development Indicators and the short-term, mid-term, and long-term goals. Moreover, Plan b clearly identified the collaborative and competitive relationships between the core goals and other goals to make the VLR easier to read.


The packaging and key vision design were led by the Mistroom. According to designers Huang Jui-i and Peng Yu-jui, Mistroom adopted SDG 11 as the key concept to design the sustainability badge of New Taipei City. The 17 SDGs were woven into a flower logo. The rotation of the logo symbolizes collaboration among people. The Mistroom collaborated with partners in the field of sustainability and combined recycled wooden boards and other materials to showcase the versatility of recycled materials.

The cover of the VLR, a pegboard provided by the company Insight Out, was originally a backing plate to drill a circuit board on it. The founders of the company, Tsai Cheng-chieh and Liu Pang-tai, stated that manufacturing industries are a pillar of New Taipei City's economy. Insight Out would like to provide a new life to the waste wood pulp boards and turn the waste products into covers with unique patterns. Inside Out also turns waste wrapping papers into note paper, which aligns with the 2022 VLR's slogan, "leaving no one behind."

The companies REnato Lab and Super Dragon Technology collaborated to break down circuit board scraps for REstone, a material used on the sides of the package. The CEO of REnato Lab, Wang Chia-hsiang, stated that, according to a report by the United Nation University, the recycling rate of electronic waste in 2019 was only 17.4%. REstone was originally only used to make furniture. However, after collaborating with New Taipei City, REnato Lab used the material to design packaging.

The outer layer, a canvas tote bag, was sewn using old advertising canvas by the company CULTU-RE EXPERIMENT. Designers Chen Nai-yun and Luo Sheng-yen maintained that the canvas is water repellent, and each pattern is unique. The designers adhere to the philosophy that all materials should be used to their fullest potential.

The galvanized sheet at the bottom of the package is a magnetic iron plate from the Comma Lab designed by J.C. Architecture. The Managing Partner Nora Wang of J.C. Architecture mentioned that the mission of the Good Design Award is to use creativity to enrich life, industry, and society. This year's award reflects the public sector's emphasis on design; the public sector uses design to not only solve problems but also improve sustainability.

The Secretariat added that according to the Intergovernmental Panel on Climate Change Report, local actions tailored to local needs are essential for  successfully implementing the SDGs. Countries and cities worldwide review their sustainability measures to understand opportunities and challenges. Cities and counties in Taiwan have also promoted their VLRs.

New Taipei City's sustainable policy measures have always taken a people-first approach. The New Taipei Sustainable Logo uses the Chinese character for "people" for two reasons. First, it hopes to attract sustainability partners with similar philosophies. Second, in the spirit of "leaving no one behind," New Taipei City continues to create a city for people to live and work in peace.

Information regarding the awarded projects by the Secretariat: